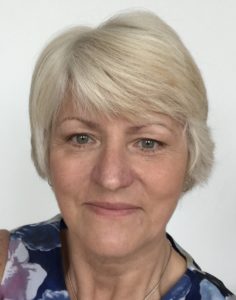 I am a Humanist Celebrant who conducts weddings and funerals in and around South Manchester and Cheshire.

I came to be involved in Humanism after the death of my much loved father, Reg, back in 1994 when I realised the importance of having a professional to conduct a non-religious funeral for families such as ours, that don’t have any religious belief.

Shortly after, I was trained by The British Humanist Association, initially to conduct weddings, and then later funerals.  Since then have been accredited, insured and quality assured by Humanists UK. This makes me the longest serving celebrant in the area, with 20+ years of experience.

It is an enormous privilege to share the most important moments in a family’s life, with them. To celebrate lives, to acknowledge hopes, dreams, challenges and achievements.