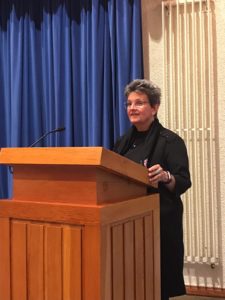 You do not have to be a humanist to have or organise a humanist funeral, although many people, both religious and non-religious hold similar values such as compassion, respect for individuality and social justice. However, humanism differs from religion in that humanists do not believe in a God or higher power, rather that there is only one life and that we should consciously make the best of this for ourselves and others. Humanism is a force for positivity, rather than merely an absence of belief, as in atheism. You can read more about Humanism here

In a humanist ceremony people, not religion, are at the heart of the occasion.  However, religion is often reflected in our daily lives and  appreciated by non religious people. Humanist funerals can involve religious content where it reflects the life of the person but not as an act of collective worship. Family, friends and the celebrant can design a very personal way to say goodbye by bringing people of all beliefs together to share grief but also to celebrate the life of the person who has died. The funeral will focus sincerely and affectionately on the person,  paying tribute to the connections they made, the way they lived their life and the legacy they are leaving behind.

Humanist funerals are not unusual anymore and most, if not all, funeral directors will have contact with a local celebrant. Many thousands of Humanist funerals are conducted by our celebrants each year, which is not surprising considering that a survey by YouGov found that more than one in five people have humanist beliefs and values, and 53% of the general population said that they did not consider themselves to belong to any religion. Over a million people attend a humanist ceremony (including weddings and namings) in the UK each year.

Whilst most funerals are held in crematoria, cemeteries and natural burials grounds, a funeral can be held anywhere (permission may be required) and celebrants have conducted ceremonies in pubs, fields, care homes, on the beach or anywhere you can imagine. There are no rights or wrongs at a humanist funeral and the celebrant will work with you to produce  just the right ceremony, be that uplifting and celebratory, dignified and sombre or a combination of both.

If you want to read more about the typical structure of a humanist funeral click on the tab above. If would like to speak to me in person then please contact me, without obligation, on

My fee is £200 and includes meeting with you for 1 -2 hours, writing and revising the tribute as many times as you wish and leading the ceremony. Fees are usually paid through the funeral director, along with other funeral charges and are likely to come under disbursements.