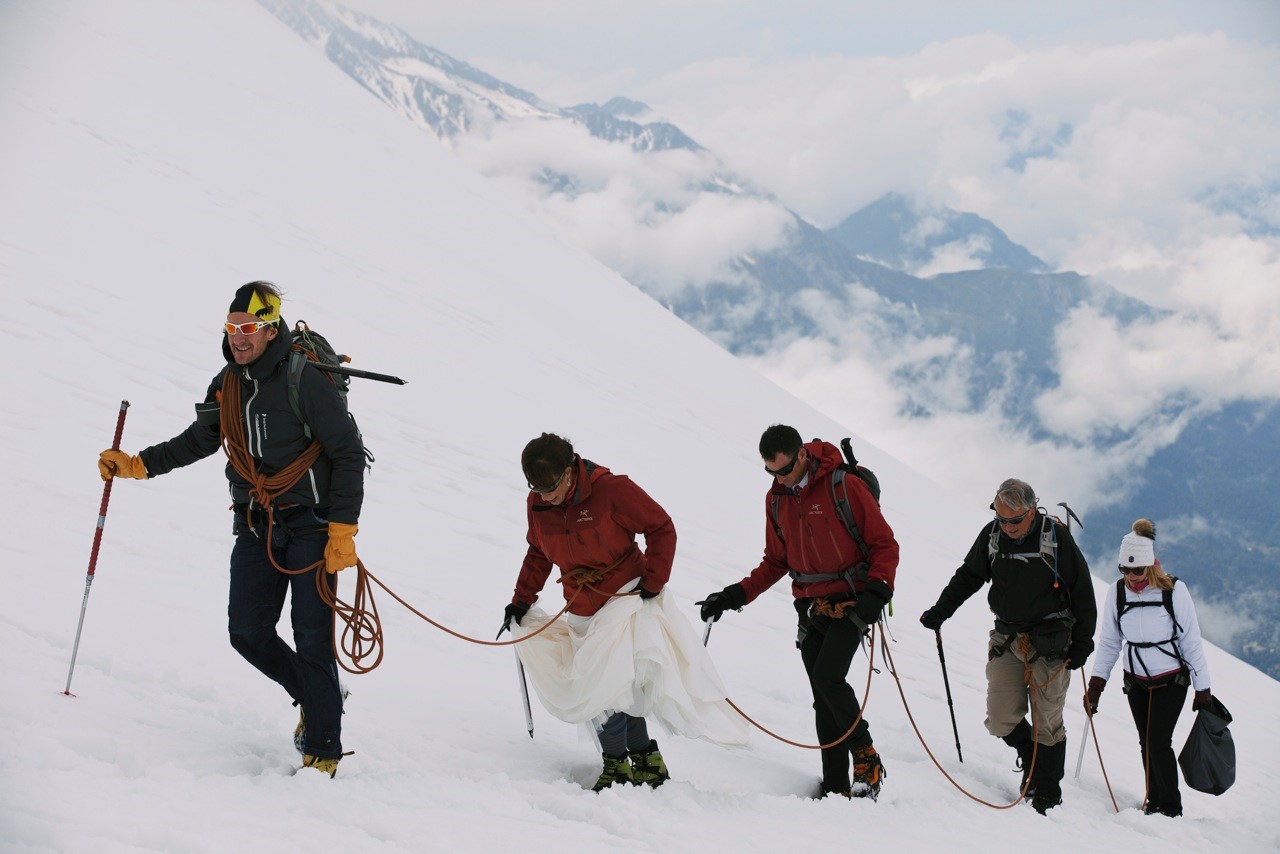 Mountains – and adventure – are very special to them. Before this, their biggest mountain adventure together had been climbing Mount Kilimanjaro. Funnily enough, it turned out that I had climbed Kili at more or less the same time as they had some four years ago.

Pete proposed to Jess on the Devil’s Staircase in Glencoe last summer.

Despite all the adventurous possibilities on their Rockies doorstep Pete & Jess relish new challenges, love visiting new places. And so it was that, on Monday 7 July, we took cable-cars from Argentière to the Col de Grands Montets arriving on the flank of the Petit Aiguille Verte – in the heart of the Mont Blanc massif. 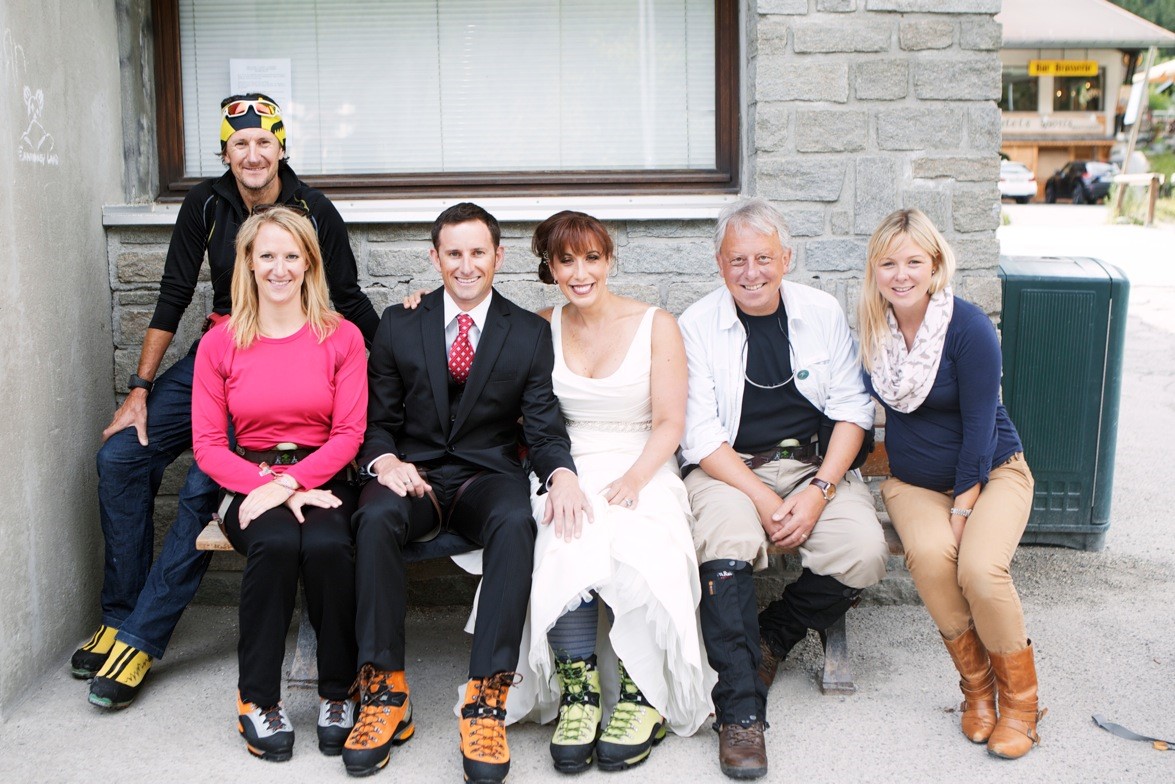 It was pretty obvious to the regular mountaineers, who made the ascent with us, what was going on, for our intrepid couple had not dispensed completely with matrimonial tradition. At eight o’clock that morning stylists had arrived to ensure the bride’s hair and make-up complemented the full-length bridal gown she would make the climb in. The groom meanwhile had more than enough time to knot his tie and button the waistcoat of his wedding suit. The contrast of full-on nuptial regalia finished off with full-on mountain boots did not go unnoticed by the handful of climbers who made the journey with us in those gondolas.

Once out on the mountainside we needed to don our down jackets and ski-gloves, as the temperature had dropped below freezing. And even more dramatically we had to fit crampons to our boots and be roped together – the bride in a way reminiscent of those daring Victorian women who braved the Alps in their long dresses more than a hundred years ago – as we began to climb from the cable car station towards the mountain peak. James, our mountain guide, recommended a perfect, though precarious, spot just 100m or so below the summit. The location couldn’t have been more stunning. We looked straight down into the Chamonix valley one way and onto the Glacier Argentière the other way. Mont Blanc was hidden in the clouds, away to our left. 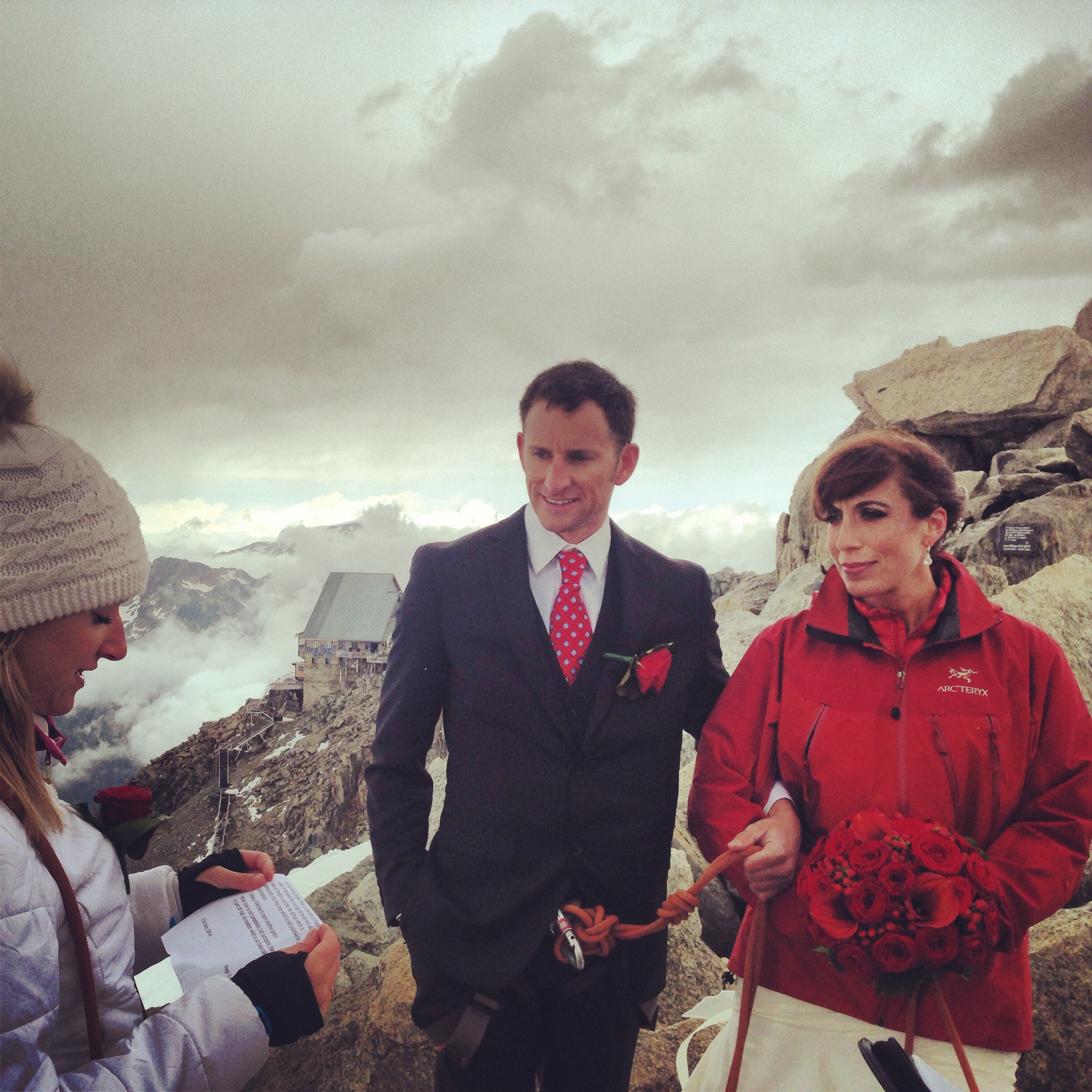 If the setting was spectacularly original, then the ceremony itself was singularly special. No scores of guests, no bridal party, not even the couple’s parents. Just the couple themselves. The only witnesses apart from James and I were Charlie the photographer and wedding planner Flore, who delivered the reading. The ceremony was as intimate and personal as you can imagine, given the handful of people perched there in the snow and ice; but it was made even more romantic when the couple read long love letters to each other, composed especially for, and kept secret until, this unusual ceremony.

It’s always a delight and honour to work with a couple over several months crafting a personal wedding ceremony; but I felt particularly privileged to lead this ceremony, given how deeply private and intimate it was. It was a sentiment echoed by the other three participants. And Jess told me afterwards that, even though she’d read the script beforehand, she ‘heard’ it properly on the day in that slightly perilous yet utterly splendid location. 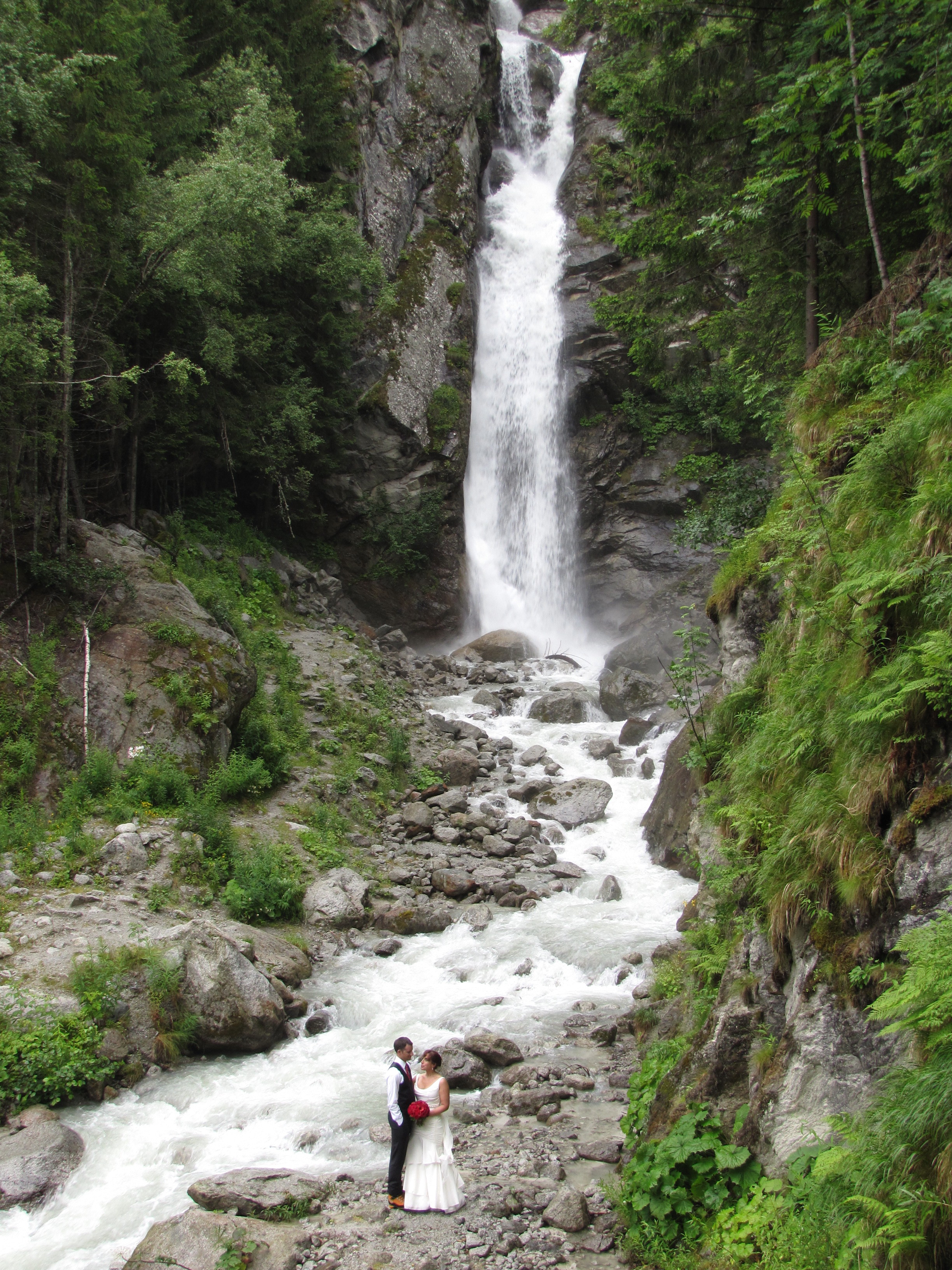 The ceremony on the mountain concluded with equal doses of danger and enchantment. An electrical storm buzzed around us briefly, before blowing away, leaving snowflakes falling on us gently, as we descended the alp. The conjugal celebrations were rounded out with a picnic below a waterfall.